After being introduced on the Android and iOS apps last year, YouTube’s new outline-style icons are now available on the web homepage.

Update 8/20: YouTube’s outline-style icons appear to be more widely rolling out on the web today. Compared to what appeared in March, Google has tweaked the lines to be bolder and brighter.

The current section your viewing gets a filled-in icon, while YouTube Music’s logo has been updated to the new style. It also applies to iconography in the top-right corner of the page.

We’re encountering this new look on all signed-in web instances, but not when logged out in Incognito.

Original 3/22: Visiting the YouTube homepage today loads these new icons in the left side rail and navigation drawer. It applies to Home, Explore, Subscriptions, Originals, Library, and more, but not YouTube Music — which is a logo.

In contrast to the mobile app implementation, these outlines are never filled in even when you’re viewing a particular page. The current tab you’re viewing is ever so slightly brighter compared to the non-selected icons. It does somewhat hamper visibility.

Meanwhile, the icons are also visible in the top bar for voice search, upload, the YouTube apps switcher, and notifications.

These icons, along with a custom font, are the latest sign that YouTube has a vastly different visual identity compared to other Google applications governed by Material. This outline approach makes the icons less likely to stand out on a busy page, which is both a good and bad thing, depending on the design objective. While lighter, they also look more generic.

The YouTube Music apps have yet to be updated with this new style, though it’s been spotted in testing. 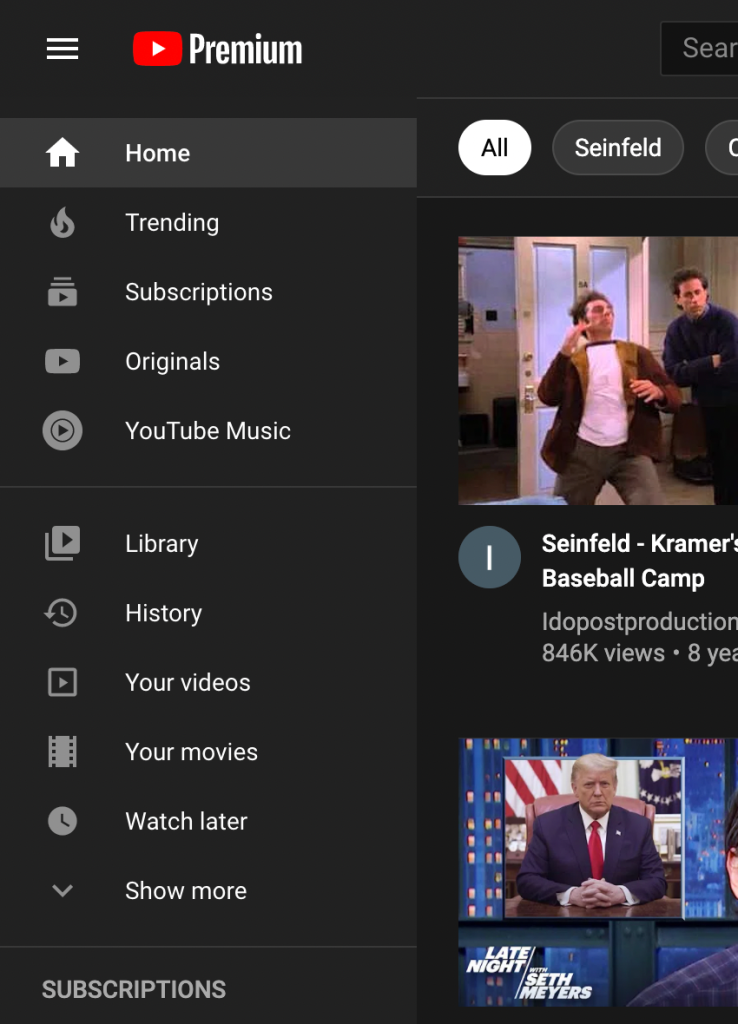 Roku vs. Google: Who’s to blame in a battle that only stands to hurt YouTube users? [U]

YouTube will be removed from Roku as of December 9, existing users unaffected